Given our headquarters are in the San Francisco Bay Area, we get to work with some pretty interesting clients. Here at the C Clean Blog, we’ve decided to celebrate some of the more fascinating companies by creating a new regular feature: Client Showcase.

This week, we’re featuring a company we have worked with for over four years: Planet. Founded in 2010, Planet is an aerospace and data analytics company that operates the world’s largest constellation of Earth-imaging satellites. They currently have 200 satellites in orbit and around 500 images of any given location on Earth in their archive. 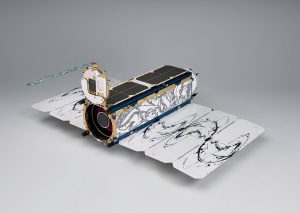 One of the small Dove satellites currently deployed by Planet. | Photo courtesy of Planet Labs, Inc.

What makes Planet unique from other Earth-imaging companies? They build and launch their own satellites faster than any other company or government in history. By using inexpensive electronics and a highly iterative design approach, Planet launches their small satellites, called “Doves,” into orbit several times a year. On top of this, they inked a deal last year to acquire Google’s Terra Bella, so they now operate 13 high-resolution imaging satellites.

With the biggest commercial satellite constellation, Planet can capture change across all of Earth’s landmass every single day. As you can imagine, that’s extremely useful data that has lots of different applications. Governments use satellite imagery to understand city planning and infrastructure; the agriculture industry uses satellite imagery to monitor their crops’ health; nonprofits and disaster management orgs use it to help recovery efforts during ecological and humanitarian crises. The list only goes on.

We’re honored to work with an amazing team of innovators like Planet. We’ll be back shortly with more C Clean news, so make sure to come back again soon! 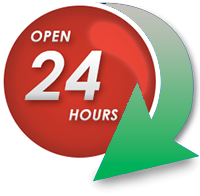 I am employed as an office manager for a hedge fund and we have had some horrific experiences with cleaning companies until we stumbled upon C Clean. The CEO of my company is very… Read more “Bera D. – San Francisco, CA”

I would like to share my positive experience with C Clean Janitorial. I was first happy with the price they quoted for our daily office cleaning service, which was only complimented by rigorous cleaning… Read more “Yuriz G. – San Francisco”

What a pleasant experience we had dealing with C Clean. To shed a little light on my situation — I am the Office Manager at a PR firm located in SF. For the past… Read more “Andy E. – San Francisco, CA”